Brand Laphroaig
Laphroaig's 10 Year Old is the original Laphroaig, distilled the same way today as when Ian Hunter invented it more than 75 years ago. It is the foundation of all other Laphroaig expressions. In making Laphroaig, malted barley is dried over a peat fire.

Those enjoying the Laphroaig 10 Year Old will first notice the bold, smoky taste, followed by a hint of seaweed and a surprising sweetness. This full-bodied variant is the foundation of all Laphroaig expressions and comes with a long finish. This whisky was also named 2019 Best Single Malt Scotch 10 Years & Under by Jim Murray's Whisky Bible.

Thank you for submitting a review!

Your input is very much appreciated. Share it with your friends so they can enjoy it too! 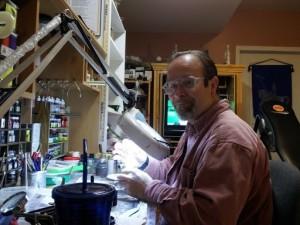 The house is burning!

Definitely lives up to the reputation, and it’s great! If you’re not a fan of smoke and peat, there are milder Islays out there.

Signup for our newsletter
© 2022 Sip Whiskey.
Your are successfully subscribed for email notifications.
✖

Notify me when available

We will send you a notification as soon as this product is available again.

Your email is requried